Addiction and twelve step programs seem to be two terms that have become synonymous with each other.

If a person mentions a friend or family member who is struggling with alcoholism or drug addiction, the usual advice given is to get them to join Alcoholics Anonymous or Narcotics Anonymous.

What exactly are these twelve step programs and are they effective in helping people addicted to alcohol and other drugs to recovery?

Twelve step programs most definitely can be beneficial and can work well alongside professional rehab treatments. Most drug addiction treatment centre’s encourage patients to take part in some sort of self-help group therapy during and after rehab treatment. These twelve step groups can be especially helpful during recovery, offering a measure of community support to help people towards long term recovery.

What is a Twelve Step Program? behaviours. According to the American Psychological Association, the twelve step process involves admitting that one cannot control one’s addiction or compulsion; recognizing a greater power that can give strength; examining past errors with the help of a sponsor or experienced member; making amends for these errors; learning to live a new life with a new code of behavior; and helping others that suffer from the same addictions or compulsions.

Twelve-step programs have been adopted by over 200 self-help groups around the world to deal with a wide range of substance abuse and addiction problems.

Narcotics Anonymous was formed in 1953 by addicts who were addicted to drugs and other groups quickly developed addressing their particular addictions.

History of the Twelve Step Programs

The first twelve step program began with Alcoholics Anonymous (AA) on the 10th of June, 1935 that alcoholic (Bill Wilson) helped another (Dr. Bob Smith) to lead a happy, joyous life free from drink.

It has since grown to be one of the most widely used approaches in dealing with alcoholism, drug abuse and other addictive behaviours.

A book was written to cover the twelve step program entitled “Alcoholics Anonymous: The Story of How More Than One Hundred Men Have Recovered From Alcoholism”, which is known as the Big Book by program members.

What are the Twelve Steps?

The original twelve steps that emerged with AA are the following:

In certain cases, where twelve-step groups have adapted the AA steps, they have been changed to emphasize principles important to their particular groups and to eliminate gender-biased or specific religious language.

Other groups who have adopted the twelve steps to address their particular addictive behavior have similar principles with a few changes. The steps are meant to be a process of eradicating addictive behaviors and should be done in order of sequence.

The Process of the Twelve Step Program

The twelve step program deals with the physical, mental and spiritual aspects of a person. The spiritual problem is considered to be self-centeredness. 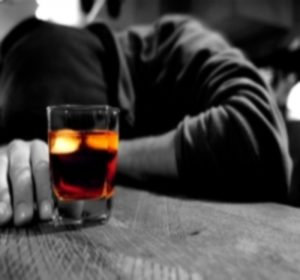 The twelve step model is not scientifically sound, but it is not meant to be. It is simply a perspective which they have found helpful and the process of working through the steps is meant to replace self-centeredness with a sense of morality and unselfish action. This is the spiritual awakening which they talk about in the twelve steps.

Members are encouraged to regularly attend meetings with others who have the same recovery problem. The emphasis on self-admission is the reason that members usually introduce themselves by admitting their problem, e.g. “Hi, I’m Matt and I’m an alcoholic.”

Some meetings have double identities as they are all from the same demographic such as women’s groups; men’s groups; gay groups, etc.

Twelve step programs have helped thousands of people around the world to successfully reach recovery, yet it has not been successful with everyone. As with any rehab treatment or program, the addict needs to find the program that best suits his unique needs. The important thing is to participate in a support group of some sort after rehab as research has shown that long term aftercare is a vital part of recovery. For further information on support groups and rehab feel free to contact us who can advise you on where to get help in your area.